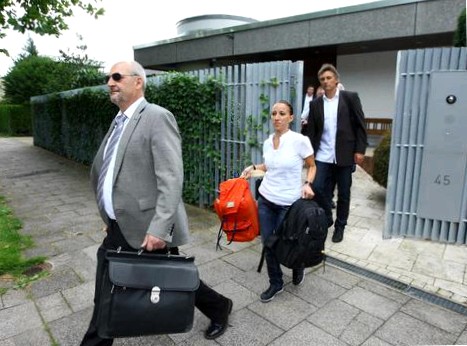 This is what the CDU politician told the "bild" newspaper (friday). Mappus is under investigation by the stuttgart public prosecutor’s office on suspicion of embezzlement in the multi-billion euro enbw deal. At the end of 2010, mappus is said to have badly prepared the buyback of 45 percent of the energy utility for 4.7 billion euros and thus paid too much. Mappus said in the interview: "I was, am and remain convinced that the price is right."

Investigations by the public prosecutor’s office could "also open up the possibility of refuting the accusations that have been made," mappus stressed. He expressed his conviction that no charges will be brought against him: "I firmly believe that it will turn out that the accusations held by the court of auditors in particular are largely unfounded and that we have therefore acted in an economically correct manner in an admittedly unusual situation".

Mappus criticized the behavior of the green-red state government: for a year now, nothing has been left out that could hurt him. "However, i did not expect anything else from mr. Kretschmann and his team."

The former prime minister also criticized fellow party members from the southwestern CDU, who had recently criticized him severely. In such a situation, "the first to go are usually those who could not be close enough to you before". Mappus added: "whether it benefits the CDU, I dare to doubt."